1. Always RP your crashes - If you crash into another person then you have to Roleplay your crash, etc: That you are injured and may need medical attention.
If the crash wasn't so bad then /call 911 and still get the Paramedics there, because there may be other kind of injuries.

2. No drive-by shooting/killing - If you shoot/kill someone while driving the vehicle past the Victim, then you will be Temporarily Banned or if it happens several times then you will be Permanently Banned.

3. No Deathmatching - Do not kill anyone without a suitable Roleplay reason.
If you disobey the rule then you will be Permanently Banned and you have to Appeal for the Unban and explain why did you do it and what was the reason.

4. No Powergaming - If you use Non-realistic powers agains't other persons and wont let them to response to it in the time with /do.
Etc: /me drags Phil_Collins to the scrapyard and kills him with the scrapping machine. <-- This example shows that the PG'r didn't let other person to answer with /do and tell if it's possible or not.

5. No Water Evading at all - You may not drive your car or jump in the water to evade Robbers/Police or anything else and then swim away from the scene.

6. No Heli-blade killing - It's non realistic to kill someone with the Helicopter blade.

7. You can not do your "things" OOC-ly - This server is completely IC. Only admins can do things OOC-ly if they are on their Admin Duty.
Events hosted by Admins are always OOC.

8. Do not Hack in this server - You will be caught and Banned Permanently, we will not Unban you if you have been Banned for Hacking.
All kinds of hacks are Bannable.

9. No Camera-hack in this server - You may ask Lead admins for permission, but do not use it without permission!

10. No Off-Roading - There are specific vehicles for the Off-Road, like Huntley, Rancher, Bf-Injection, Bandit, Landstalker, Mesa, Sandking ...
Driving on dirt roads/gravel means that you have to slow down and drive RP'ly there.

11. OOC Chat - All OOC Chats are fully English, if you break this rule you will get kicked from the server or admin jailed for 5 - 10(max) minutes.

12. OOC insult - Do not OOC insults or you will get you admin jailed for the amount of time they want 10(max) minutes

14. Sexual actions - Rape and other sexual forced actions are allowed as long as both of them male/female agreed it OOCly. If them does not know it OOCly and it's a forced rape is a form of Powergame and the he/she will get admin jailed for 10-30 minutes, temp banned 2-5 hours.

17. Scam/Rob - Do not scam or rob players under level 2 and do not rob anyone if you're under level 2 or you will get admin jailed for 15-30 minutes.

18. Ninja-Jack - Car jacking is not allowed in this server unless you RP it. If you break this rule you will get admin jailed - length of the admins choice.

19. Do not heal during fights/wars - You can't heal while in fighting or war. If you break this rule, you will get a-jailed - lenght of the admins choice.

20. Nickname - Do not use celebrities/famous name in game, you will get warned 2 times by kick, if you still using that name you will get banned.

21. Accounts - Do not share your accounts to anyone without admin permission.

23. Revenge Killing - When you got killed by someone, you can't come back and kill him. You will loose your memory in 30 minutes after you exit from hospital. If you break this rule, it will result a temporary banned from the server. 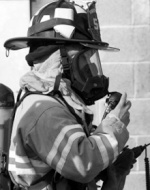